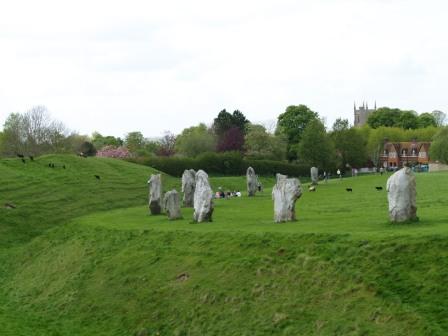 Michael Halfpenny joins my blog this week with his shots of The Avebury Stones. The village of Avebury is seen as a mecca for those who believe in Paganism, Wicca, and Druidry. The Avebury Stones surround the village in the fair county of Wiltshire England, a county renown for it’s fine quality hams and fresh country vegetables.

The summer solstice and pagan festivals held at Avebury attract visitors from all over the world, as Avebury stands on the St. Michael ley line that runs from Cornwall to East Anglia – and in the village itself ; The Red Lion Public House can offer you one of the most ghostly inhabited pubs in England!

See more of Michael’s Avebury pictures on twitpic… click on the link bar.

a photographer, writer and blogger, a studio and press photographer since the mid 1960's, first published writings in 1974
View all posts by Patrick →
This entry was posted in Contributors and tagged Avebury Stones, Druidry, Michael Halfpenny, Paganism, Wicca. Bookmark the permalink.