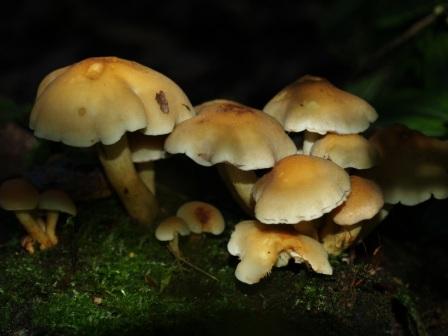 Michael Halfpenny’s interesting picture of fungi, struck a thought with me…

The use of fungi by humans dates back to prehistory. Otzi’ the Iceman, a well preserved mummy of a 5,300 year old Neolithic man found frozen in the Austrian Alps, carried two types of mushrooms that may have been used for medicinal purposes. Otzi’ was found in September 1991 in the Schnalstal Glacier, and is Europe’s oldest natural human mummy. He is displayed with his belongings in the South Tyrol Museum of Archaeology in Bolzano, Northern Italy.

a photographer, writer and blogger, a studio and press photographer since the mid 1960's, first published writings in 1974
View all posts by Patrick →
This entry was posted in Contributors and tagged fungi, Otzi the Iceman. Bookmark the permalink.