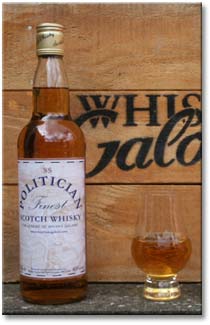 Well, would you ever believe it!…

The ‘SS. Politician’ sank off the Scottish Island of Eriskay in 1941, and eight years on the Ealing movie romanced the story of how the islanders seconded some of its 24.000 cases of Scotland’s finest scotch whisky.

Whisky Galore can be found at: www.thewhiskygalore.com/

It was in the summer of 1948 when the Ealing crew arrived on the beautiful Island of Barra in the Western Isles of Scotland. Michael Balcon, head of Ealing Studios had not been happy about the production, saying as he looked at the story board, he just did not understand it!  “It holds few laughs” he was heard to comment. Based on a Compton Mackenzie novel, shooting almost entirely on location presented huge problems, everything, including cast and crew, and a huge amount of camera equipment, had to be shipped from mainland Scotland. Actors were billited with a number of the Islanders, and in fact, many of the inhabitants appear in the production. Their view of the film people was… That they were quite mad! Prefabricated sets were constructed at Ealing Studios in London then shipped for assembly on Barra. Under the brilliant direction of Alexander Mackendrick, an American born Scot, the film gently eases you into a world of warmth, gentilityand innocent skulduggery. It think this was partly due to Mackendrick’s insistence on being present during every scene, however, this did push the budget over by 20,000, and in those days that was a lot of money…as Michael Balcon soon pointed out, and when he saw the rushes he hated it, and ordered the film to be cut and released as a B’ supporting picture! At this point, Mackendrick asked Charles Crichton, a top editor, if he would look at the negatives. He did… And Recut, and Recut… the result was a more acceptable product for the Ealing Studio boss. Being based on a true maritime sinking means that some facts had to be changed. The real sinking took place off the Isle of Eriskay, and the local Islanders did profit from their huge haul of ‘Scotch’… Unlike the movie that had to deal with the moral issue. In America the movie was given a new title and called “Tight Little Island” because a number of States were at the time ‘Temperance’  If one looks at the stills today Alexander Mackendrick is always there beside the camera operator, and I think, that is what made it such a lasting and enduring, warm and attractive film.

a photographer, writer and blogger, a studio and press photographer since the mid 1960's, first published writings in 1974
View all posts by Patrick →
This entry was posted in Patrick's Words and tagged Ealing Studios, Eriskay, Isle of. Bookmark the permalink.