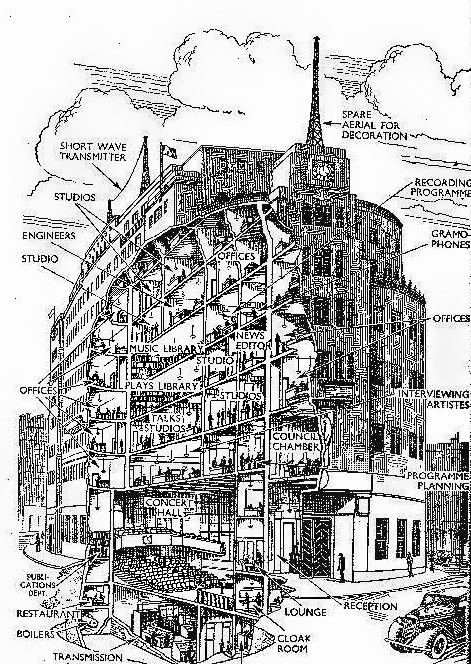 This wonderful artist line drawing of Broadcasting House in London was first published by the Odhams Press back in 1951. It is a fascinating cut-away look at the establishment in those days which was the centre of broadcasting in Britain. It shows the administrative headquarters of The British Broadcasting Corporation that contained some of the early studios. As today, transmitters are distributed throughout the United Kingdom and there are studios in most parts of the country, although television production in the main now comes from the BBC Television Centre at White City in West London which was opened in June 1960.

a photographer, writer and blogger, a studio and press photographer since the mid 1960's, first published writings in 1974
View all posts by Patrick →
This entry was posted in Patrick's Words and tagged BBC Broadcasting House, London. Bookmark the permalink.