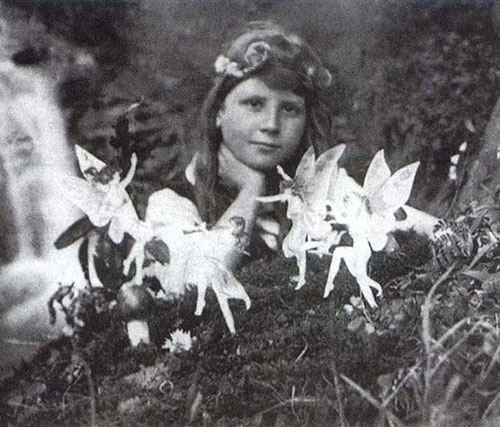 The story was turned into a movie in 1997 entitled FairyTale… A True Story, and boasts an all star cast with Florence Hoath as Elsie Wright and Elizabeth Earl as Francis Griffiths, with Paul McGann, Phoebe Nicholls, Harvey Keitel and Peter O’Toole as Sir Arthur Conan Doyle.

a photographer, writer and blogger, a studio and press photographer since the mid 1960's, first published writings in 1974
View all posts by Patrick →
This entry was posted in Patrick's Words and tagged The Cottingley Fairies. Bookmark the permalink.