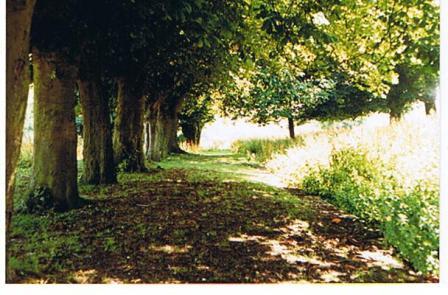 A tumbledown railway station, representing Buggleskelly was built at an old halt, and even during filming the line was being taken up by The Basingstoke and Alton Railway Company. The film itself is one of the funniest of British comedies in the Music Hall tradition of the 1930′s. The location of the run-down mythical Buggleskelly station was very overgrown when we visited there with our cameras in 1996, but it was still possible to make out where the booking office, rail lines, and signal box had once stood.

a photographer, writer and blogger, a studio and press photographer since the mid 1960's, first published writings in 1974
View all posts by Patrick →
This entry was posted in Patrick's Pictures, Patrick's Words and tagged Buggleskelly. Bookmark the permalink.