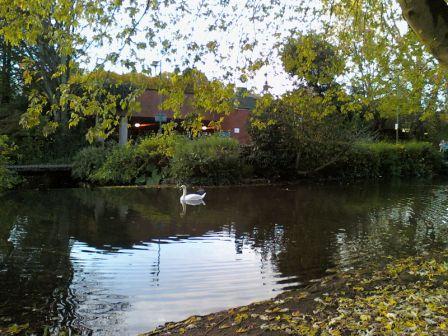 This peaceful and tranquil scene in Hemel Hempstead Town Centre, Hertfordshire England, is in sharp contrast to the terrible disaster 4 years ago at the nearby Buncefield Oil Depot, that resulted in the evacuation of thousands of the town’s residents on the morning of Sunday the 11th of December 2005.

a photographer, writer and blogger, a studio and press photographer since the mid 1960's, first published writings in 1974
View all posts by Patrick →
This entry was posted in Patrick's Words and tagged Hemel Hempstead. Bookmark the permalink.