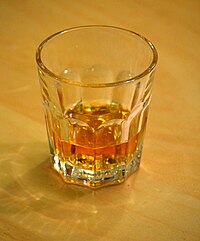 The Glenlivet… Glenfarclas…. Glenfiddich… Cragganmore… Macallan…. Lagavulin… Taliskar… Aberlour… Tomintoul…. The label names are endless. I once entered a small shop in Covent Garden that was totally devoted to the sales of rare and often forgotten whisky brands. The store shelves were filled to bursting point and there was little room for a further bottle to be displayed in the overcrowded shop window.

Scotch whisky was thought to have been introduced into The Highlands and The Lowlands by Irish Monks determined to inflict their rare concoction on the rest of civilization and set about a myriad on the unsuspecting Scots and so you have to understand Scotch to fully appreciate its wonderful value to mankind. ‘The Water of Life’ is what the Scots call it! Early distillation in the 17th Century was a very ‘Dodgy’ affair: because ‘shots’ are poisonous and ‘after shots’ are undrinkable… Gunpowder was even added! Scotch is distilled in copper vats: why? well, if you have ever cut yourself on stainless steel you will know what I mean; copper can heal  much quicker than Stainless Steel.  Scotch needs to mature in Casks for a minimum of 3 years in order to be called Scotch Whisky and ‘Single Malt’ means that it is usually the product of a sole distillery and unblended On my many visits to this picturesque Land and aside from “The Water of Life” the scots are the most welcoming of people.

Myself, and the family would like to wish you, and all the many visitors to my website… A Very Enjoyable Winter Break and hope to see you again in the New Year.

a photographer, writer and blogger, a studio and press photographer since the mid 1960's, first published writings in 1974
View all posts by Patrick →
This entry was posted in Patrick's Words and tagged Warming for Winter. Bookmark the permalink.