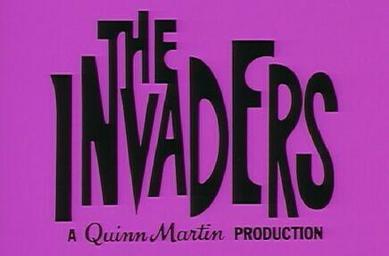 Stretching across seven discs, and bringing together the entirety of its second season, this DVD collection of Invaders brings a welcome opportunity to check out a supreme slice of television science fiction from the 1960s.

Considering that four decades have past since it was first shown, Invaders holds up really very well, too. At the heart of it is the marvelous Roy Thinnes and his character, David Vincent, who realises that aliens have invaded, and are disguising themselves as human beings. And while in the first series he was frequently up against those who simply didn’t believe him at all, here he does find some who do think he’s telling the truth. That provides a good platform for the series, and allows it to cleverly evolve.

And that’s just what Invaders does. Courtesy of some skilled writing, and a real feeling of making the most of what they’ve got, the production team serve up some at-times really quite sinister and edgy episodes, with real intelligence to them. It sustains this for the vast bulk of the 26 episodes you get here, too.

Invaders may not have the profile of many science fiction series of old, but it’s ripe for rediscovery on the DVD market, and it really is something of a treat. Whether you’re new to it or not, it’s very much worth giving it a spin. Before someone inevitably remakes it… —Jon Foster

This Quinn Martin Production was borne ahead of its time. As a Si-Fi, it does not feature little green men from Mars or monsters with mutant heads. This is a much more sophisticated drama. If you are going to take over the Earth because your planet is dying, then you do that in a more controlled and integrated way. If you make opposition gentle, then you control your aims…  PGC

a photographer, writer and blogger, a studio and press photographer since the mid 1960's, first published writings in 1974
View all posts by Patrick →
This entry was posted in uncategorized and tagged Jon Foster, Patrick's words, Quinn Martin, The Invaders. Bookmark the permalink.